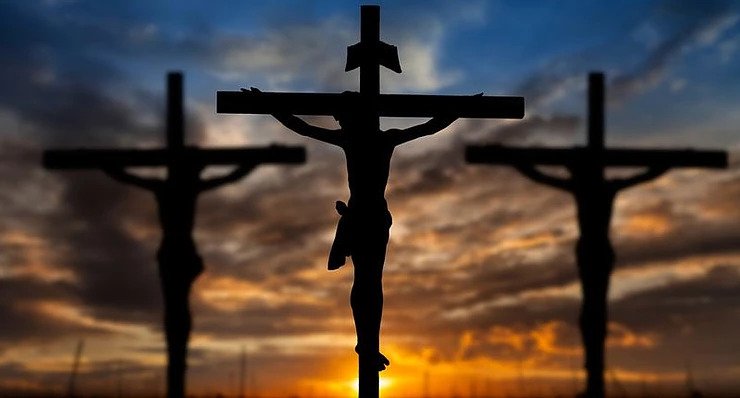 “Then one of the criminals who were hanged blasphemed him, saying, ‘If you are the Christ, save yourself and us.’ But the other, answering, rebuked him, saying, ‘Do you not even fear God, seeing you are under the same condemnation? And we indeed justly, for we receive the due reward of our deeds; but this man has done nothing wrong.’ Then he said to Jesus, ‘Lord, remember me when you come into your kingdom.’ And Jesus said to him, ‘Assuredly, I say to you, today you will be with me in paradise.’” (Lk 23:39-43)

Two thieves. Both are suffering “justly,” and both famously have very different reactions to the crucified Lord in their midst. But I’d like to note something else here: Both thieves actually ask the Lord for salvation, albeit in very different ways.

The non-repentant thief arrogantly demands that the Lord “prove” Himself: “If you are the Christ,” he says, very much like Satan, when he tested our Lord in the wilderness, saying “If you are the Son of God…” (Mt 4). So the non-repentant thief demands salvation in the form of an arrogant, quite diabolical challenge, full of a sense of entitlement. There is no sense of his own wrongs, of his own debt; also no sense of compassion for the Co-Sufferer. The Lord owes him, somehow.

The repentant thief, on the other hand, makes a humble request, and a much smaller one: “Remember me,” is all he is asking. This thief is aware of his own wrongs, and humility opens his eyes to Who it is next to him, crucified. Humility also makes the repentant thief’s heart capable of compassion, despite his own suffering, on his own cross.

Today I ask for the grace of humility, both in my approach to God, in prayer, and in my approach to fellow-strugglers in my surroundings. It is humility that opens our eyes to the crucified Lord in our midst, and makes us capable of compassion.