Coffee with Sister Vassa Inc. is a non-profit organization founded by Dr. Sr. Vassa Larin for the production of online and offline catechetical programs and religious education.

Sister Vassa (born Varvara Georgievna Larina, December 11, 1970 in Nyack, New York, United States) is a Russian Orthodox liturgiologist. She is author of many scholarly articles, a monograph on Byzantine liturgy, and of “Reflections with Morning Coffee,” inspirational commentaries on Scripture and Liturgy.

Sister Vassa’s online-mission includes a daily Newsletter (with a brief reflection on Scripture), weekday audio-podcasts called “Morning Coffee” (on the lives of daily saints of the New Calendar and Older Calendar, and Scripture), an ongoing video-course on Divine Liturgy (available on patreon.com), and over 300 YouTube videos on Orthodox Theology and Tradition. 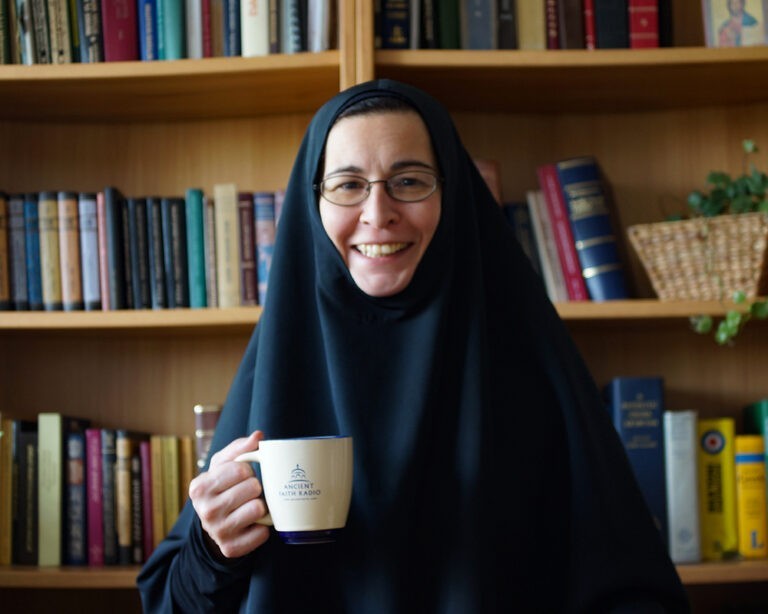 Born to the family of a Russian Orthodox priest in Nyack, NY, Sister Vassa graduated from Nyack High School and entered Bryn Mawr College in Bryn Mawr, PA. She left college to enter the Lesna Convent of the ROCOR in Provement, France, at age 19. After a long spiritual and academic novitiate training, involving the study of Greek, Latin, German, Patristic Theology and Church History, Sr. Vassa was eventually enrolled by Archbishop Mark of Berlin and Germany to study Orthodox Theology at the Orthodox Institute of the Ludwig Maximilians University of Munich, Germany. There she received a Master’s Degree in Orthodox Theology, having written a Master’s Thesis on the “Royal Office” at the beginning of Byzantine Orthros.

From January 2009 to January 2017 Larin taught Liturgical Studies at the Catholic Faculty of the University of Vienna in Austria. She is a founding member of the Society of Oriental Liturgies, and a member of the North American Academy of Liturgy. In 2012 Larin was included in the 30th Anniversary Edition of Marquis Who’s Who in the World.[1]

Read the interview with Sr. Vassa in The Wheel, about her life & vocation:

Sister Vassa's CV and Bibliography (to be updated soon)

Interview: "Social Media and the Unifying Truths of Our Tradition," in The Wheel, Issue 9/10, Summer 2017

Interview: "Orthodoxy is not a Religion of Fear," on ROCOR Studies, May 2009 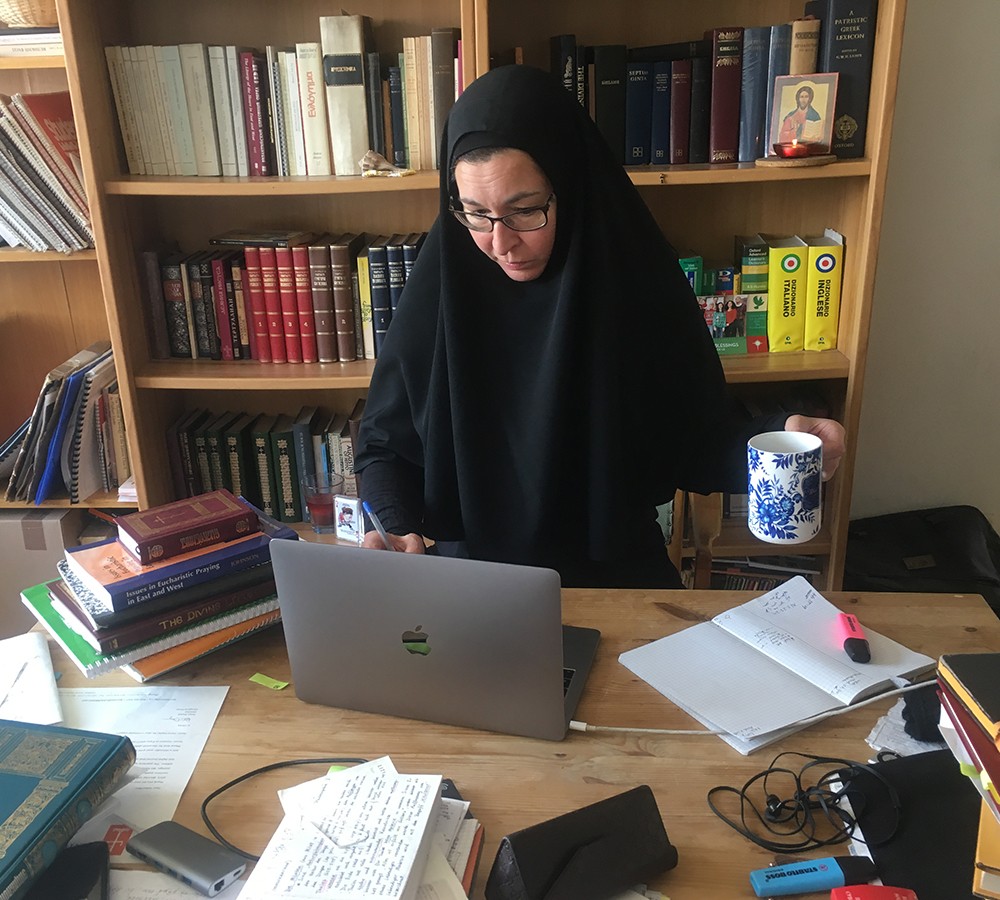 Her numerous publications, written in English, Russian, or German, include scholarly studies based on original manuscript-research, as well as articles on controversial topics in contemporary Orthodoxy.[2] Especially noteworthy are her following publications:

“The Dikerion and Trikerion of the Byzantine Pontifical Rite: Origins and Significance,” Orientalia Christiana Periodica 74 (2008) 417-430.

“The Ecclesiastical Principle of Oikonomia and the ROCOR,” electronically published in Russian original and English translation on the ROCOR’s official website.