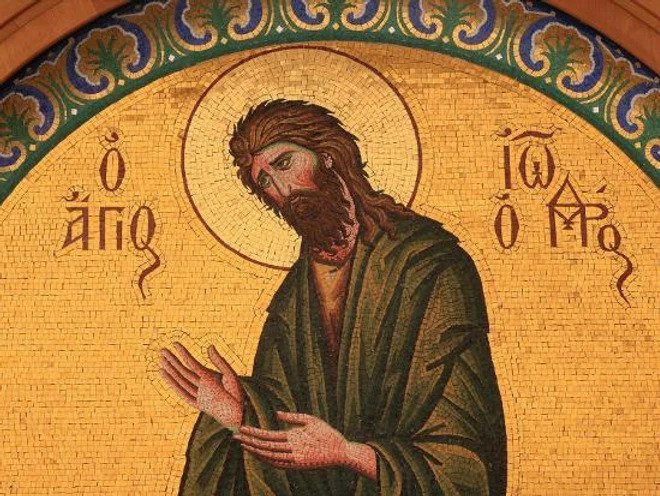 “And as he was walking in the temple, the chief priests and the scribes and the elders came to him, and they said to him, ‘By what authority are you doing these things, or who gave you this authority to do them?’ Jesus said to them, ‘I will ask you a question; answer me, and I will tell you by what authority I do these things. Was the baptism of John from heaven or from men? Answer me.’ And they argued with one another, ‘If we say, ‘From heaven,’ he will say, ‘Why then did you not believe him?’ But shall we say, ‘From men’?’—they were afraid of the people, for all held that John was a real prophet. So they answered Jesus, ‘We do not know.’ And Jesus said to them, ‘Neither will I tell you by what authority I do these things.’” (Mk 11: 27-33)

It’s clear that the chief priests, scribes, and elders did not believe John. But here the Lord exposes that they are concerned not with the truth of their beliefs, but with the political implications thereof. Because their politics had become more important to them than their faith. So, although neither He nor His interlocutors give a “straight” answer to a question here, – He does not lie, as do they. He says, I will not tell you, while they say, “We do not know.” And although this is a difficult lie, because they usually presented themselves as knowing-it-all in matters of religion, it is still “safer” politically, than professing their not believing John. After all, they did not want to end up as did he, whose truth-telling cost him his head.

It’s not possible for God to reveal Himself in our public discussions, when we are concerned, in the midst of these discussions, with how “we” look, politically. So let me open up to His grace today, in some heartfelt prayer, that I may re-focus on the truth of the questions with which He challenges us, and not on any political affiliation. O Lord, by the prayers of St. John the Baptist, help us to follow his example, that we may serve Your agenda and not our own.