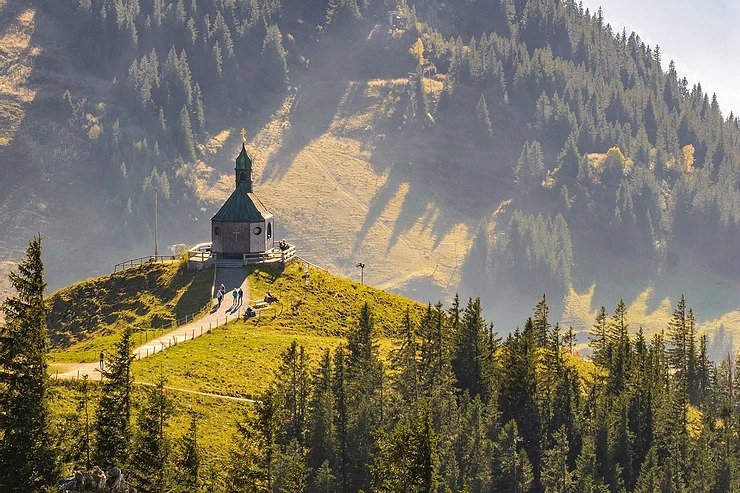 “In the first book, O Theophilus, I have dealt with all that Jesus began to do and teach, until the day when he was taken up, after he had given commandment through the Holy Spirit to the apostles whom he had chosen. To them he presented himself alive after his passion by many proofs, appearing to them during forty days, and speaking of the kingdom of God. And while coming together / eating with them he charged them not to depart from Jerusalem, but to wait for the promise of the Father, which, he said, ‘you heard from me, for John baptized with water, but before many days you shall be baptized with the Holy Spirit.’ So when they had come together, they asked him, ‘Lord, will you at this time restore the kingdom to Israel?’ He said to them, ‘It is not for you to know times or seasons which the Father has fixed by his own authority. But you shall receive power when the Holy Spirit has come upon you; and you shall be my witnesses in Jerusalem and in all Judea and Samaria and to the end of the earth.” (Acts 1: 1-8)

Once again we’re at a moment of transition, in the ongoing adventure that is the Church’s liturgical calendar. As we’re completing the forty-day period between Pascha and Ascension, we celebrate the “Leavetaking“ of Pascha today, and prepare for the Lord’s “leavetaking“ from us tomorrow, in His glorious Ascension. One senses a bit of a “loss“ today, as one often does in life’s “transitional“ moments: we say good-bye to the “old“ (the beautiful Paschal season) and look toward the “new,“ which is now the “wait“ for our New Comforter, the Holy Spirit.

In this transitional moment, the Apostles themselves were still confused, as to what “new” reality Christ was leading them. “Lord,” they ask Him just before the Ascension, “will you at this time restore the kingdom to Israel?” They are still expecting some kind of earthly kingdom, while the Lord has “other” plans, as He’s inaugurating not a kingdom but a Church, which is to be guided by a Heavenly King, the Holy Spirit.

As we transition to the final period of “awaiting” Pentecost, let me re-focus and re-open my heart to God’s “other” plans for me. They do not depend on any earthly kingdoms or kings, but on the power and guidance of the Holy Spirit, and our humble openness to Him. “Create in me a clean heart, O God, and renew a right Spirit within me!” (Ps 50/51: 12)