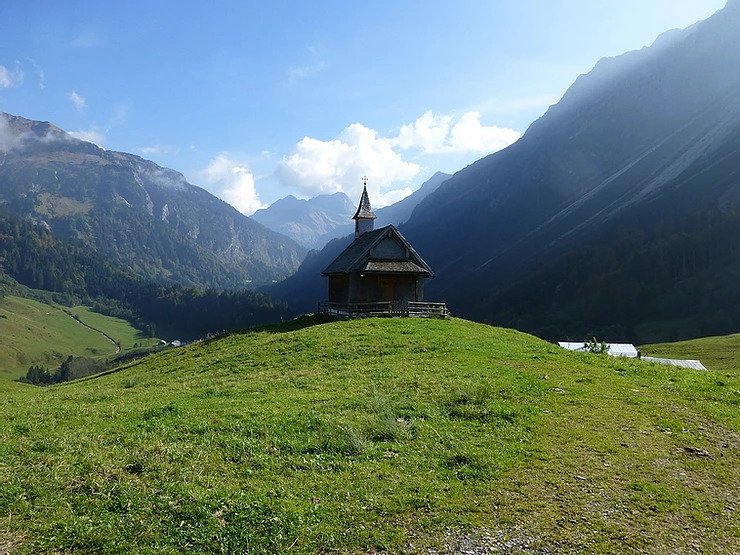 “Jesus said to her (Mary Magdalene), ‘Woman, why are you weeping? Whom do you seek?’ Supposing him to be the gardener, she said to him, ‘Sir, if you have carried him away, tell me where you have laid him, and I will take him away.’ Jesus said to her, ‘Mary.’ She turned and said to him in Hebrew, ‘Rabboni!’ (which means Teacher). Jesus said to her, ‘Do not touch me (Μή μου ἅπτου / Noli me tangere / Не прикасайся мне), for/because (γὰρ) I have not yet ascended to the Father; but go to my brethren and say to them, I am ascending to my Father and your Father, to my God and your God.’” (Jn 20: 15-17)

As many Christians celebrate the Lord’s Ascension this Thursday, (and we, Orthodox Christians, prepare to celebrate it next Thursday), I’m thinking about what the Lord says to Mary Magdalene about His upcoming Ascension. She’s not to “touch“ Him as she could previously, physically, “because“ He had not yet “ascended“ to sit at the right hand of the Father, whence He was to send down His Holy Spirit, ten days after His Ascension, on Pentecost. The Ascension was to take Christ’s physical Presence from us, and prepare us for a new kind of His Presence among us, in the Holy Spirit, in Whom we are given to “touch“ Christ in a new way, in the sacraments of the Church. Christ is preparing Mary for that new reality, because, apparently, He knows that she is ready for that, even while the “doubting“ Thomas was not, who was given physically to touch the wounds of the risen Lord (Jn 20: 24-29).

Why would Christ remove Himself from us, physically, in His (physical) Ascension to sit at the right hand of the Father, in order to inaugurate the sacraments of the Church? Because 1. He wanted to demonstrate to us His unity with the Father, as the “place“ from which the grace of God, the Holy Spirit, is poured out upon us; and 2. Because in this project Christ was inaugurating, called “Church,“ He was entrusting the celebration of these sacraments to physically-present human beings, His apostles and their followers, whom He was to empower to do so with the (invisible) grace of the Holy Spirit, and no longer with His own (visible) Presence, in the way it was “touchable“ to us throughout His earthly mission. So as our Lord prepares to elevate fallible human beings, the apostles and all of us, to be vessels of the Holy Spirit in this world, He “ascends“ to His Father in His human body, thus elevating our humanity (in His human body) to a “place“ higher than it ever was before. When He ascends, He’s restoring our dignity, which we had lost when we followed the God-less advice of the serpent (Gen 3: 1-7), and which we continue to lose whenever we get caught up in the pointless circles of our obsessions and addictions. So let me break out of the pointless circles today, and be elevated onto the life-bringing Cross, which points in all four directions, extending me and dignifying me to self-offer as Christ did, in His all-embracing arms, stretched out on the Cross.