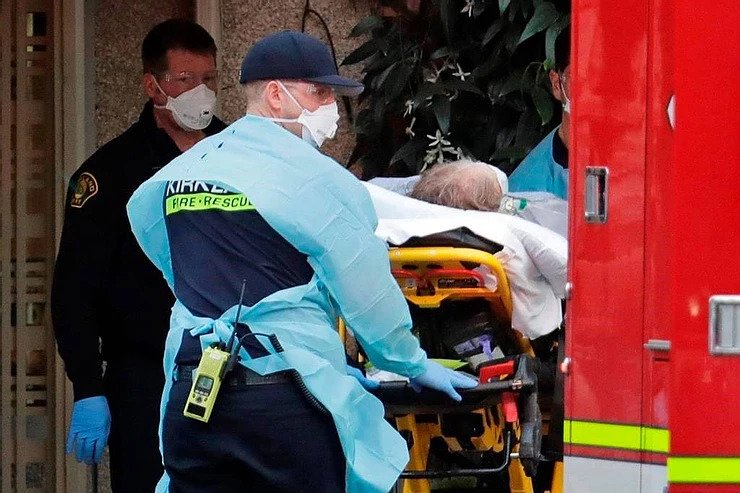 “Then came one of the rulers of the synagogue, Jairus by name; and seeing him, he fell at his feet, and besought him, saying, ‘My little daughter is at the point of death. Come and lay your hands on her, so that she may be made well, and live.’ And he went with him. (…) While he was still speaking, there came from the ruler’s house some who said, ‘Your daughter is dead. Why trouble the Teacher any further?’ But ignoring what they said, Jesus said to the ruler of the synagogue, ‘Do not fear, only believe.’” (Mk 4: 22-24, 35-36)

These people say to Jairus, “Why trouble the Teacher any further?” It’s over. Also in our “hopeless” situations, when it appears that the absolute-worst has happened, we might be tempted to discontinue our walk with Christ. We might abandon faith, and slip into the embrace of fear, which is the opposite of faith. Why would we do this? Because fear can appear to be the “easier, softer” way. Fear “excuses” us from walking forward, letting us assume a defensive position instead, in crippling self-isolation. But our Lord says to us, as He said to Jairus, “Do not fear, only believe.” When we think it’s all “over,” He says to us, as a first-responder says to the barely-conscious survivor of some catastrophe, Stay with Me, and keep talking to Me. I’ll get you through this.

So let me keep talking to Him, even if my prayers seem feeble and pointless, and if I’m “barely-conscious” amidst a situation that appears hopeless. God has what it takes to bring me new life, if “only” I “believe,” and allow myself to move forward in Him, rather than hide on my own. Let me do the next right thing today, whatever my situation, replacing fear with faith. “Help us, save us, have mercy on us, and keep us, O God, by Your grace.”