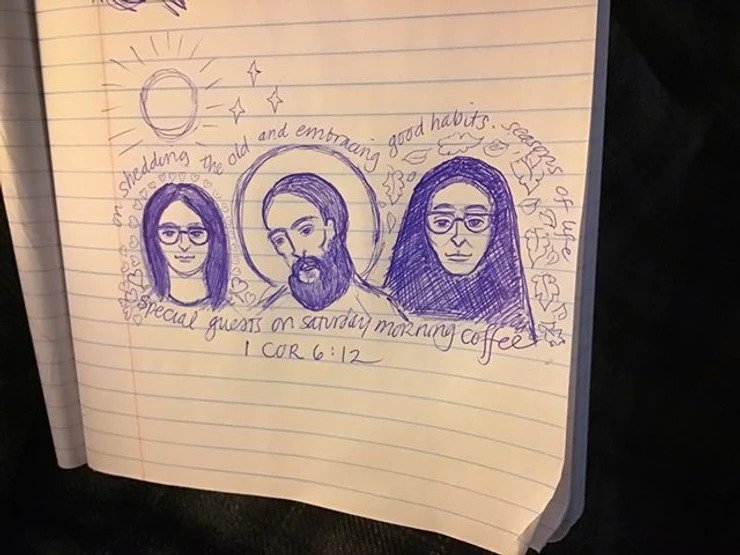 Today I’m reflecting on the word, or declaration, “Amen!“ that so often occurs in our liturgical services. In its original Hebrew it means “truth, certainty.“ And in its liturgical usage(s) in various religious traditions in both East and West, in which it never stands alone, but is a response to other affirmations, (for example, “Blessed is the kingdom of the Father and of the Son and of the Holy Spirit…“,) it means an affirmation of whatever truth about God that precedes it, to the effect of “It is so!“ or “We (or I) agree!“ – or at the very least, “Let it be!“ – in the sense that we (or I) let that affirmation “be,“ as it stands; I accept it, with no protest on my part, even if I don’t quite understand it. “Let it be,“ is what I am saying, – even “in my hour of darkness,“ as Paul McCartney said.

I have never thought much about saying (or singing) “Amen,“ nor was I ever taught much about this little word. But as I grow older, I find that I need to learn more about the “hows“ and “whys“ of saying “Amen!“ to God’s little and larger truths about Himself, revealed to me in this imperfect world. Because it is an exercise in acceptance; in the acceptance of God’s truths and goodnesses, as they stand, in my imperfect world, and not (perhaps) as I would imagine or expect them to be. These revelations of His truth are also demonstrated to me in the circumstances and people in my life, which I might sometimes struggle to accept, as they are, and against which I might find myself fighting pointless battles. But the Church’s tradition of saying “Amen!“ to various life-giving truths about God, in the context of our imperfect world, is an exercise that teaches me not only to accept God as He is, but also to accept the world as it is, and through which God reveals Himself in my particular life and circumstances. “It’s a cold and it’s a broken Hallelujah,“ perhaps, as Leonard Cohen sings, but it’s also my way to peace, in Christ, – this capacity to say “Amen!“ or “Let it be!“ to whatever and whomever God sends me today, on my cross-carrying journey, even when I don’t understand it all. “There will be an answer,“ I choose to believe today, and I “let it be… let it be,“ in my life as it is in the here and now.