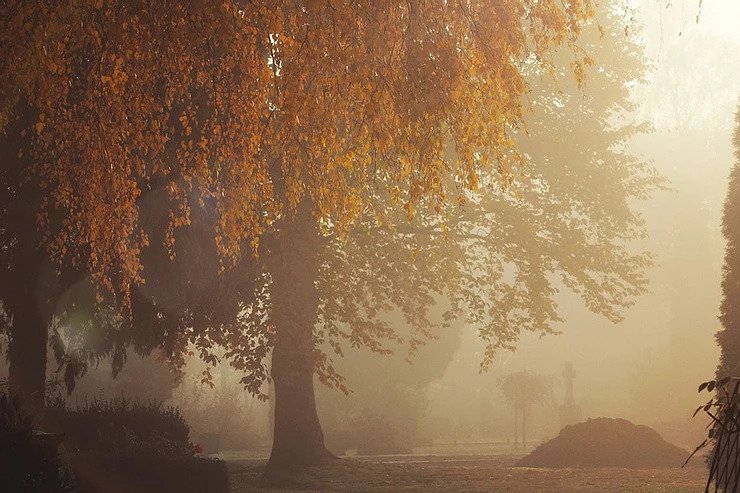 “When Mary (the sister of Lazarus) came where Jesus was and saw him, she knelt at his feet and said to him, ‘Lord, if you had been here, my brother would not have died.’ When Jesus saw her weeping (κλαίουσαν), and the Jews who came with her also weeping (κλαίοντας), he was greatly disturbed in spirit and deeply moved. He said, ‘Where have you laid him?’ They said to him, ‘Lord, come and see.’ Jesus began to weep (ἐδάκρυσεν). So the Jews said, ‘See how he loved him!’” (Jn 11: 32-36)

The Lord so deeply felt the grief caused by the death of Lazarus, that in His compassion He famously “wept” (ἐδάκρυσεν). Of course, Christ knew of Lazarus’s coming resurrection, so it was not His friend’s death, in and of itself, that moved the God-Man to tears. It was the very real pain of Lazarus’s loved ones, the pain of the physical separation from Lazarus, for which Christ had such compassion.

I note, however, that the Lord did not “wail” (“klaio” in Greek), as the people described here did. He sincerely yet gently “wept” (“dakryo,” a gentler verb in Greek). This passage tells me, if I’m grieving a loved one, it’s “perfectly” human to grieve. It’s even necessary to grieve, – but to do so gently, with faith, in the light and hope of the resurrection.

As St. John Chrysostom says, “He wept over Lazarus. So should you; weep, but gently, but with decency, but with the fear of God. If you weep thus, you do so not as disbelieving the resurrection, but as not enduring the separation. Since even over those who are leaving us, and departing to foreign lands, we weep, yet we do this not as despairing.” (In John 62.4)