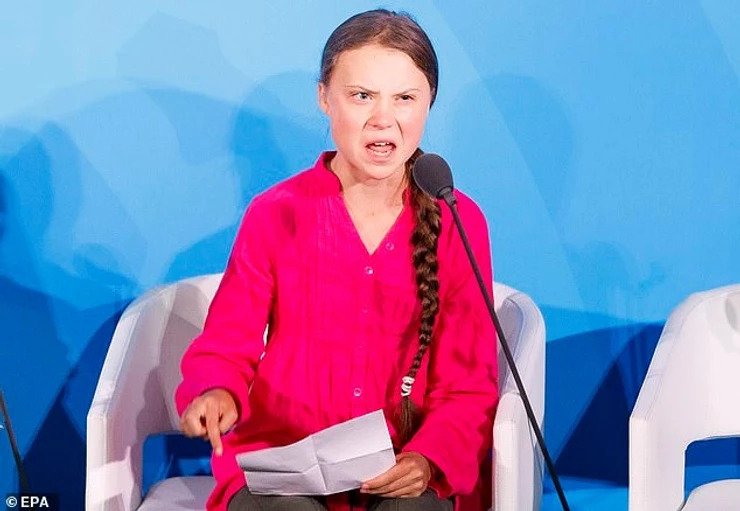 “At that time the disciples came to Jesus, saying, ‘Who is the greatest in the kingdom of heaven?’ And calling to him a child, he put him in the midst of them, and said, ‘Truly, I say to you, unless you turn and become like children, you will never enter the kingdom of heaven. Whoever humbles himself like this child, he is the greatest in the kingdom of heaven. ‘Whoever receives one such child in my name receives me; but whoever causes one of these little ones who believe in me to sin, it would be better for him to have a great millstone fastened round his neck and to be drowned in the depth of the sea.” (Mt 18: 1-5)

Because of all the publicity surrounding the Swedish 16-year-old climate-activist, Greta Thunberg, these days, I’ve been thinking a lot about the general idea of “learning from children.” What, exactly, does our Lord say we should learn from children?

In the passage quoted above, as far as I can see, here’s what He says we should learn from interacting with children: 1. To humble ourselves, “like this child,” who silently stood before Him; 2. To “receive” them, as He did, rather than usher them away; and 3. To “not” lead these “little ones” to “sin.” In other passages, we read that it is “praise” for God, when it comes from the mouths of “babes,” that should be instructive for us: “Out of the mouth of babes and nursing infants You have perfected praise.” (Ps 8: 2; Mt 21: 16)

But let me make an entirely politically-incorrect observation, about all these passages: None of them, these passages, as far as I can see, reflect the ways in which we seem to be willing to “learn” from the alarming chastisements to the adult-world of the Swedish teenager, Greta Thunberg (God bless her). We seem willing to be “taught,” by a child, not praise of God, and not humility, (none of which are the things that come to mind, when hearing her speak), but specific fears with regard to our policies toward natural resources. And while I’m not denying legitimate concerns about the issues surrounding our natural resources and climate change, I see the delegation of these issues to the voice of a child as a negligence of our responsibility, as adults, including experienced scientists and policy-makers, to deal with these responsibilities in an adult manner, and in grown-up, sober discussion. Just as Carl Jung lamented the fact that we live in “the age of the child,” when adult responsibility and growth is neglected, while we obsess over “the children,” I lament the fact that we “lead” certain “little ones” into “sin,” by delegating to them the fears associated with our own inactivity, in the face of our responsibilities. “But, where do the children play?” I ask, with Cat Stevens. I’d like to let them play, while we figure out these issues. And to let them come, not to our discussions, but to our One Lord Jesus Christ, as He invites us to do: “Let the little children come to me, and do not hinder them, for the kingdom of heaven belongs to such as these.” (Mt 19: 14)