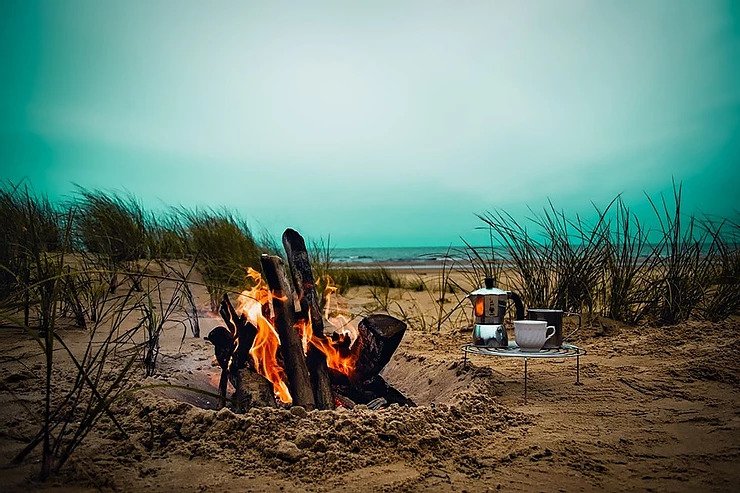 “Just after daybreak, Jesus stood on the beach; but the disciples did not know that it was Jesus. Jesus said to them, ‘Children, you have no fish, have you?’ They answered him, ‘No.’ He said to them, ‘Cast the net to the right side of the boat, and you will find some.’ So they cast it, and now they were not able to haul it in because there were so many fish. That disciple whom Jesus loved said to Peter, ‘It is the Lord!’ When Simon Peter heard that it was the Lord, he put on some clothes, for he was naked (γυμνός), and jumped into the sea…” (Jn 21: 4-7)

At this point, Peter was “naked” in several respects, because he felt shame for having thrice denied the Lord during His passion. And yet, when the risen Lord appears on the beach, and Peter hears that it is the Lord, the lapsed Apostle simply puts on some clothes and jumps into the sea to greet Him; to make things right.

So much has changed for lapsed humanity since the fallen Adam hid from the Lord God in the garden, because of his nakedness. When God called to Adam, “Where are you?”, Adam replied, “I was afraid, because I was naked; and I hid myself.” (Gen 3: 10) The fallen Peter, on the other hand, knows better. He knows he can “suit up and show up”, i.e., show up with humility, before a Lord Who accepts and heals the fallen. And there, on the beach, at a charcoal fire with fish and bread, the risen Lord invites Peter, along with the other disciples, to “Come and have breakfast” with Him (Jn 21: 12). And shortly afterwards Christ has a conversation with Peter and allows the lapsed Apostle to reaffirm his love for His Lord.

Today I remind myself of what Peter knew well, both before and after his “fall”; that I need not hide from my Lord, whatever my shame may be. I can “suit up and show up,” and find reconciliation and healing at His table. “I have not come to call the righteous,” He says to me, “but sinners to repentance.” (Lk 5: 32)