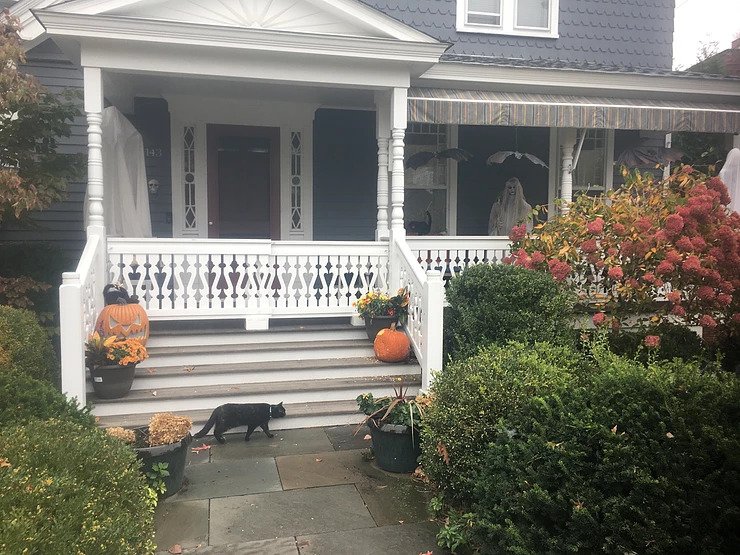 “And you, being dead in your trespasses and the uncircumcision of your flesh, he has made alive together with him, having forgiven you all trespasses, having wiped out the handwriting of requirements that was against us, which was contrary to us (ὑπεναντίον ἡμῖν). And he has taken it out of the way (ἦρκεν ἐκ τοῦ μέσου), having nailed it to the cross. Having disarmed principalities and powers, he made a public spectacle of them, triumphing over them in it. So let no one judge you in food or in drink, or regarding a festival or a new moon or sabbaths, which are a shadow of things to come, but the substance/body is of Christ (τὸ δὲ σῶμα τοῦ Χριστοῦ).” (Col 2: 13-17)

The “substance“ of the Old-Testament Law, that is to say, its whole point, was embodied in the human-divine Person of Jesus Christ. That’s why we are no longer obliged to fulfil the external “requirements“ of the Old Testament, like that of the Sabbath-commandment. The “old“ Covenant between God and His people, expressed in us fulfiling “requirements“ of the Law, was superseded by the establishment, by His Son, of the New Covenant “of His blood“ (cf. Mt 26: 28), of the incarnate God-Man, which we participate in, rather than fulfil, “with him.“

We “participate“ in this Covenant, in communion with Him, being “made alive together with him.“ Because He became one of us, in His incarnation, we are invited to become one of His, and to change focus, from following rules to following Him. Here we have Someone “greater than the temple“ (Mt 12: 6), and “Lord of the Sabbath“ (Mt 12: 8), Who has already met all conceivable “requirements,“ and overcome all our fallings-short of them, in Himself.

In the Spirit of Christ, we are invited to focus primarily on communion with Him, and the kind of “sabbath“ or “rest“ He brings us, and also to our external behaviour, with and in Him, – not only on Saturdays, but every day: “Come to me,” Christ says to us, “all you who labor and are heavy laden, and I will give you rest. Take my yoke upon you and learn from me, for I am meek and humble in heart, and you will find rest for your souls.” (Mt 11: 28-29)