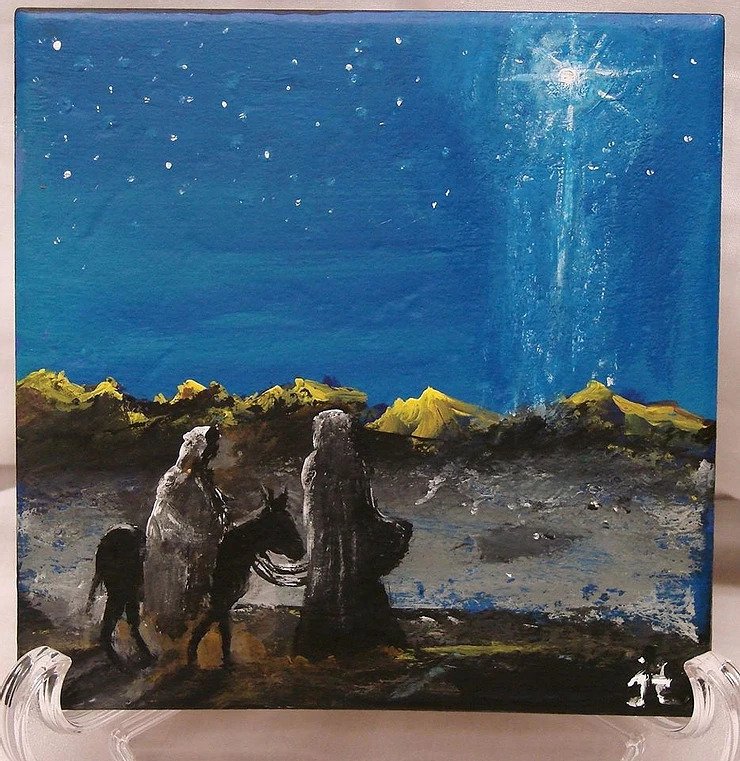 ”Rejoice, Bethlehem! Prepare yourself, O Ephratha! / The Lamb is on her way to give birth to the Chief Shepherd she carries in her womb. / The God-bearing forefathers will rejoice, beholding Him, / and with the shepherds, they will glorify the Virgin nursing Him.” (Kontakion-Hymn, Forefeast of the Nativity)

We don’t often think of the Most Holy Virgin Mary as of “The Lamb” (that is led to the slaughter). Because Isaiah was talking about her Son, when he prophesied, “He was oppressed and afflicted, yet he did not open his mouth. He was led like a lamb to the slaughter, and as a sheep before her shearers is silent, so he did not open his mouth.” (Is 53: 7)

But this “lamb-likeness” the Theotokos shares with her Son. She is “being led” in “silence,” before “her shearers,” to Bethlehem and beyond it, to the flight to Egypt and then back to Nazareth, and eventually to Jerusalem and to the Cross just outside of it, upon which she is to see her Son die. So in these days leading up to the feast of the Lord’s Nativity, we celebrate not “only” the Self-offering of her Son, Who comes into our world to share our humanity and its pain, as One of us, but also her self-offering, as one of us. It couldn’t have been easy, as, according to Tradition, she was just 14 years old when she gave birth to the Son of God in a lonely cave in Bethlehem. “By the prayers of the Theotokos, Savior, save us,” – also those of us who give birth to Your Word in lonely caves.