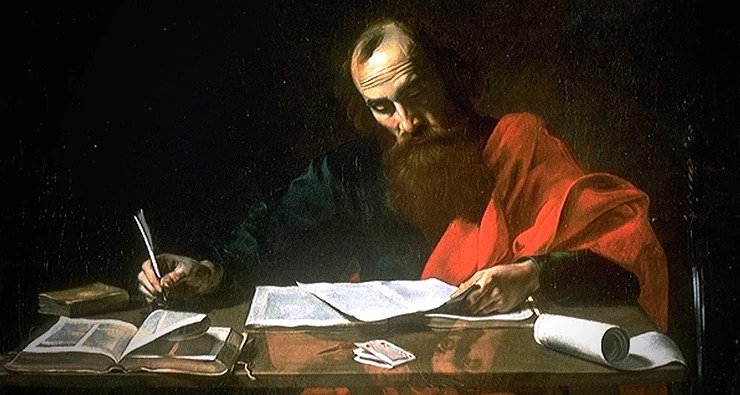 ”I wrote to you in my letter not to associate with sexually-immoral people (πόρνεις); not at all meaning the sexually-immoral of this world, or the greedy and robbers, or idolaters, since then you would need to depart from the world. But rather I wrote to you not to associate with any one who bears the name of brother if he is guilty of sexual immorality or greed, or is an idolater, reviler, drunkard, or robber—not even to eat with such a one. For what have I to do with judging outsiders? Is it not those inside the church whom you are to judge? God judges those outside. ‘Drive out the wicked person from among you.’” (1 Cor 5: 9-13)

I usually avoid writing reflections about biblical passages that I do not understand. But the above-quoted passage is our Church’s reading for this Monday, and I’ve decided to reflect on the fact that I do not understand it, in the hope that someone reading this might enlighten me. Here’s what I don’t understand: We are to judge, and “not even to eat with,“ and then to “drive out,“ the sexually-immoral, the greedy, the idolaters, revilers, drunkards, etc., who are inside the church? I hate to say it, but I can’t see how I could “judge,“ and “not even eat with“ and “drive out“ any member of my parish, or “one who bears the name of brother“ (or sister), who occasionally (or regularly) looks at Internet-porn, drinks too much, is “greedy“ or an “idolater“ (say, by “idolizing“ certain celebrities or political causes or some other drug of their choice), or who is a “reviler,“ (the dictionary-definition of which, in case you didn’t know, is “a person who uses words to damage, control, or insult someone’s character or reputation.”) So I’m wondering, – if all these are to be “driven out from among us,” – then who from among us would be left?

As I said, I don’t relate to St. Paul’s words, as he phrased them in the first century. But my own little theory, which I’ll suggest to you cautiously, (and feel free to blast it to pieces), is this: Today, in the 21st century, the Church is much stronger, and able to “carry” those of us who are the drunkards, the greedy, the sexually-immoral, and the revilers and idolaters, and to admit us to her “table,” without being diminished. Because the Holy Spirit has been at work, and has made progress, in the Church, for many generations since the first century. I don’t subscribe to what Fr. George Florovsky has called the “Theology of Demise,” which sees the Church as going downhill, after the “Golden Age” of the Fathers. No, we are stronger today, glory be to God, and we’ve been brought closer to the ethos of our Lord Jesus Christ, Who “ate and drank” with us sinners, without this diminishing Him. So we’re far less peevish about admitting “sinners” to our table, including ourselves, because we’ve become stronger in our faith in Him, Who presides over His “table. That’s the way I see it, mistaken as I may be, as I say: Glory be to God, for our today.