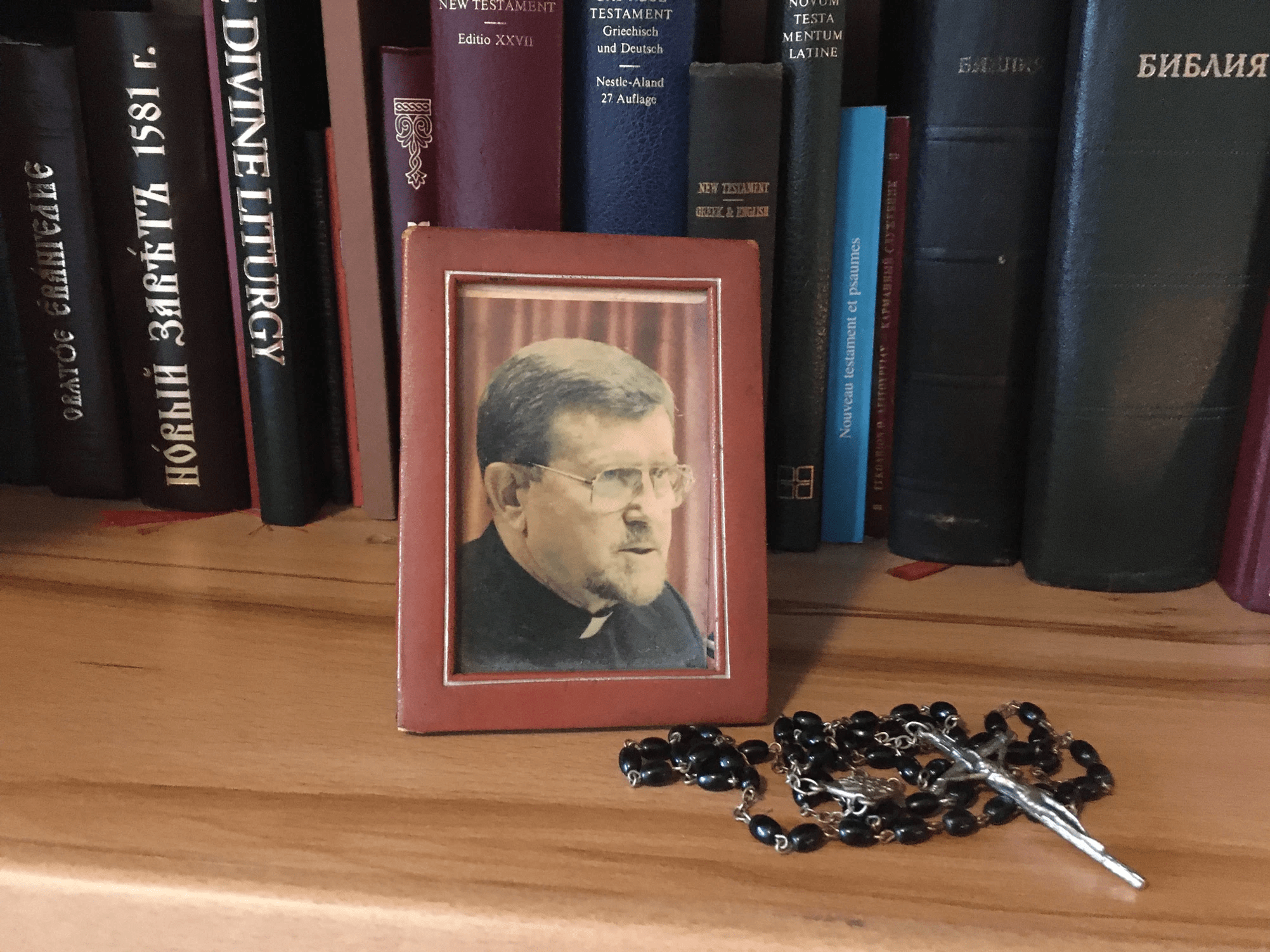 “And when the sabbath was past, Mary Magdalene, and Mary the mother of James, and Salome, bought spices, so that they might go and anoint him. And very early on the first day of the week they went to the tomb when the sun had risen. And they were saying to one another, ‘Who will roll away the stone for us from the door of the tomb?’ And looking up, they saw that the stone was rolled back—it was very large. And entering the tomb, they saw a young man sitting on the right side, dressed in a white robe; and they were amazed. And he said to them, ‘Do not be amazed; you seek Jesus of Nazareth, who was crucified. He is risen, he is not here; see the place where they laid him. But go, tell his disciples and Peter that he is going before you to Galilee; there you will see him, as he told you.’ And they went out and fled from the tomb; for trembling and astonishment had come upon them; and they said nothing to any one, for they were afraid.” (Mk 16: 1-8)

This Tuesday, which is All Souls’ Day or Commemoration of All the Faithful Departed in Western Christianity, and also the day my mentor Fr. Robert Taft died three years ago, at 4:05 am on Friday, Nov 2, 2018, I’m thinking about the journey of the Myrrh-Bearing Women on that sunny morning, from love to faith. It was grief-stricken love, and not faith, that brought them to their Teacher’s tomb, in which they expected to find His lifeless body and to anoint it, as a final act of love, despite what He Himself had told them about His resurrection. But this intention, inspired not by faith but by love, does put them in the right place and at the right time, to receive and (eventually) to pass on the Good News of the resurrection.

That story reminds me that love can open the doors to faith. Grieving a departed loved one can “roll away the stone” in the heart, which blocks one from seeing the invisible, death-conquering power of God. Even those who don’t believe in the invisible realm of the afterlife can come closer to faith, through the very-visible-and-living love for the now-invisible deceased. If one can “see” how his/her relationship to the deceased lives on, through the invisible reality that is love, even after death, then perhaps he/she can come to “see” and accept further invisible realities, made visible to us in faith, like our “relationship” or communion with the loving and living God. “Let us love one another, that we may with one mind confess” the Source of Love, Who breaks us out of our tombs of grief, loss, and fear.