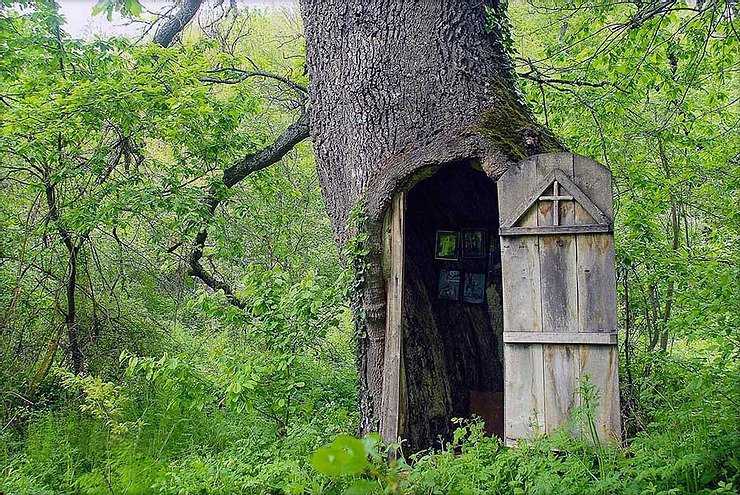 “’…But those that were sown upon the good soil are the ones who hear the word and accept it and bear fruit, thirtyfold and sixtyfold and a hundredfold.’ And he said to them, ‘Is a lamp brought in to be put under a bushel, or under a bed, and not on a stand? For there is nothing hid, except to be made manifest; nor is anything secret, except to come to light.’” (Mk 4: 20-22)

As those of us on the Older Calendar continue to celebrate the Afterfeast of the Dormition of the Theotokos, I’m thinking about the once-“hidden” virtue of Mary, a poor Jewish girl from Nazareth. She “heard the word and accepted it” quietly, in a private conversation with an Archangel, and then “bore fruit” incalculably more than “a hundredfold,” so that “all generations” ever since “bless the Fruit of her womb.” She was God’s “little secret,” until He put the shining “lamp” of the Theotokos “on a stand,” to shine upon all of us.

I’m particularly grateful to remember this fact today, when we are so often shaken by news of “bad secrets” coming to light, whenever some crime or scandal is exposed in the media. Thank You, God, that it is not only, nor most importantly, the hidden “bad” that “comes to light” in our world. Let me focus today on the “hidden good” that God has already revealed, and has yet to reveal, of the “secret” works of His Spirit within our broken world, rather than be bogged down by revelations of “bad secrets” in the news. “Because greater is He who is in you,” as St. John reminds us, “than he who is in the world.” (1 Jn 4: 4)