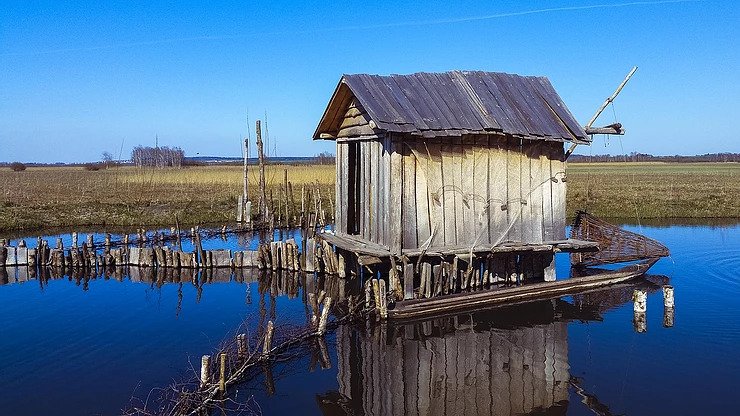 “As he walked by the Sea of Galilee, he saw two brothers, Simon who is called Peter and Andrew his brother, casting a net into the sea; for they were fishermen. And he said to them, ‘Follow me, and I will make you fishers of men.’ Immediately they left their nets and followed him. And going on from there he saw two other brothers, James the son of Zebedee and John his brother, in the boat with Zebedee their father, mending their nets, and he called them. Immediately they left the boat and their father, and followed him.” (Mt 4: 18-22)

The Apostles’ Fast is a good time to contemplate what we mean, when we profess our faith in a Church that is, among other things, “apostolic.” In the broadest sense, the word “apostolic” means, “having a mission.” More specifically, it means, “pertaining to, connected to, characteristic of, the apostles.” And in one of our Church’s readings for this weekend, part of which is quoted above, the characteristic of the apostles, to which my attention is drawn today, is being “fishers,” – specifically, the kinds of “fishers” who used nets, and not fishing-rods with a hook. This tells me that we, as Church or “ekklesia” (or “those called out,” from the Greek verb “ekkaleo,” to call out), are called to the kind of “mission” that involves being drawn into, and casting, a “net,” (the Good News of our Lord Jesus Christ), which gathers all sorts of fish together, rather than hooking individual fish (by the throat).

It is not up to “us” in this age, however, to separate the ”good” fish from the ”bad,” in this “net,” the Church, that is not “ours” but the Lord’s. As He indicates in the following parable: “Again, the kingdom of heaven is like a net which was thrown into the sea and gathered fish of every kind; when it was full, men drew it ashore and sat down and sorted the good into vessels but threw away the bad. So it will be at the close of the age. The angels will come out and separate the evil from the righteous…” (Mt 13: 47-49) Thank You, Lord, for welcoming me into Your “net,” along with Your “good” fish, and for giving all of us a purpose, a “mission,” that is to be judged by You alone, at the close of the age.