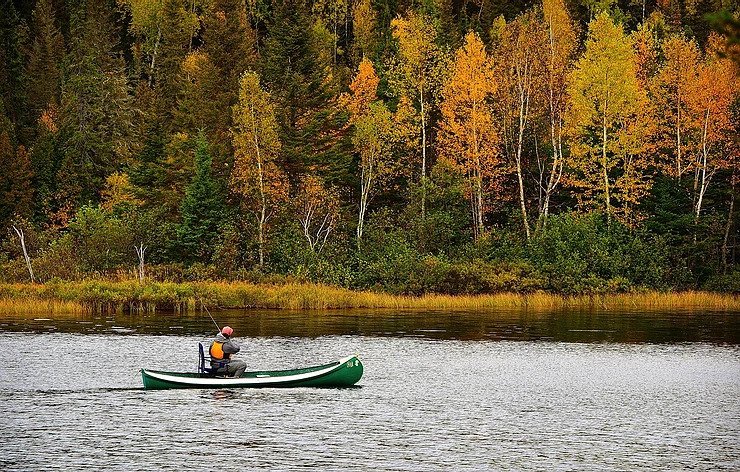 “When he had stopped speaking, he said to Simon (Peter), ‘Launch out into the deep and let down your nets for a catch.’ But Simon answered and said to him, ‘Master, we have toiled all night and caught nothing; nevertheless at your word I will let down the net.’ And when they had done this, they caught a great number of fish, and their net was breaking. So they signaled to their partners in the other boat to come and help them. And they came and filled both the boats, so that they began to sink. When Simon Peter saw it, he fell down at Jesus’ knees, saying, ‘Depart from me, for I am a sinful man, O Lord!’” (Lk 5:4-8)

When Simon-Peter is initially confronted with the person of Jesus Christ, his reaction is fear. “Depart from me,” he says, “for I am a sinful man.” This is not the good kind of “the fear of God,” which is inspired by faith; which is based on the conviction that God is good, – so good, that we “fear” being distanced from Him, as our lifeline, our Source of Life. Peter is embracing his merely-human and self-centered fear, of his own sinfulness, and this fear makes him want distance from the God-Man. It won’t be the last time that St. Peter distances himself from Christ on the basis of merely-human fear. When he thrice denies Christ during His final trial, it is on the basis of the fear of other people’s opinions.

And yet Christ calls this fallible human being to become a “fisher of men”; to become the one-and-only, the great Apostle Peter. As Peter “keeps coming back” to respond to that call, despite the setbacks of his own fears, he learns to trust the One Who has called him, that He is good, and transfigures our weaknesses into His strength, by His mercy.

I’m encouraged today by this “humanness” of the Apostle Peter. I’m thinking that fear is an underlying obstacle, even when I don’t notice it, to entering into a true relationship with God, or anyone else, for that matter. I am called to walk through my fear, however, and keep following His call, despite my own sinfulness, or merely-human opinions of it, including my own.