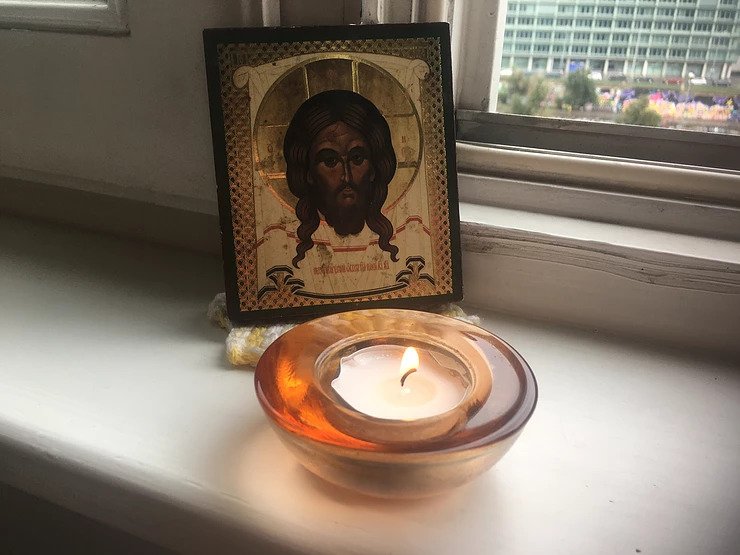 “When the days drew near for him to be received up, he set his face to go to Jerusalem. And he sent messengers ahead of him, who went and entered a village of the Samaritans, to make ready for him; but the people would not receive him, because his face was set toward Jerusalem.” (Lk 9: 51-53)

As we consistently refresh the living memory of the Church known as “Tradition,” we “remember” not only the things the incarnate Lord said and did, but also what He looked like, what His “face” looked like, as He said and did those things. Because face-to-face contact with Him, made possible for us in the Incarnation, and the “memory” of which is handed down to us in holy icons, is an essential part of divine revelation. The “face” of Jesus Christ is part of His divine-human way of “connecting” with us; of drawing us into Oneness with Him, and in Him with one another. Thus, at the Transfiguration, Christ’s “face was altered” (Lk 9: 29) to reveal to us His divine “light,” accessible to us already here, insofar as we can bear it. And in the incident described above, at the beginning of His journey from Galilee to Jerusalem, where He was to be crucified, He “set his face” in solemn determination to embrace that upcoming suffering “for the life of the world,” but that “face” was apparently too much to bear for the people who “would not receive him.”

In this strange year of cancellations of in-person meetings, and on today’s feast of the Image “Not Made by Hands” (NC), I am so grateful for the technologies “made by hands,” like FaceTime and Zoom and Skype, by which I still have the joy of seeing the cross-embracing, grace-imparting faces of far-away friends. Thank You, Lord, for “showing up” for us, and blessing us with Your beautiful face. May our own faces be transfigured in the light of Yours, as we look toward Your holy icon today. “You have filled all with joy, O our Savior, by coming to save the world.” (The Feast of the Image “Not Made by Hands,” Troparion-hymn)