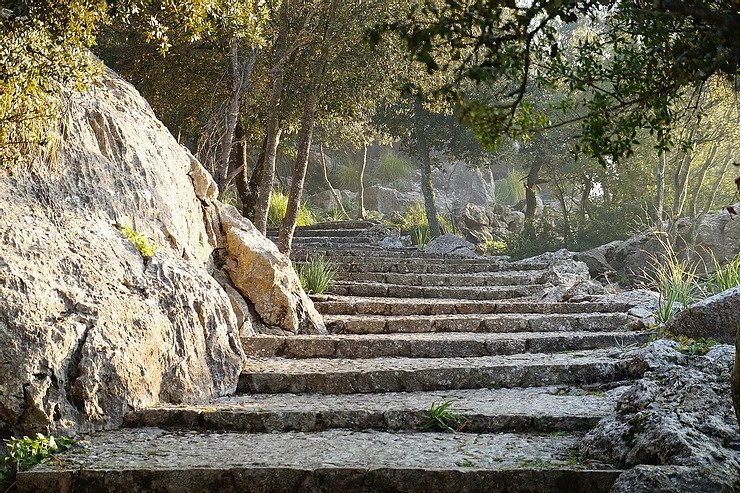 “Now the men who were holding Jesus mocked him and beat him; they also blindfolded him and asked him, ‘Prophesy! Who is it that struck you?’ And they spoke many other words against him, reviling him.” (Lk 22: 63-65)

Does it do us any good, to know the heartbreaking details of certain violent crimes, like the ones described above? They blindfolded Him, beat Him, mocked Him, and apparently they enjoyed it. You can’t “un-know” that; it stays with you, like stories that pop up in the news about various forms of human cruelty. How can I “process” this information, so that it does not make me cynical about humanity in general?

I can “process” it in the light of the dark story quoted above, of God’s only-begotten Son subjecting Himself to that kind of human cruelty, in His kind of humanity. He takes it all on, in His Self-offering, walks through it even unto death, forgives it, and overcomes it in His new life, emerging from our hell and our tomb in His glorious resurrection. In the com-passionate (co-suffering) cross of our Lord Jesus Christ, Who has suffered with the victimized in this world, and allowed Himself to be crucified in the midst of two criminals, one can discern light, both for the victims and the criminals. Let me choose communion with Him today, in some heartfelt prayer, and participate in His kind of humanity, the divinized kind. Remember us all, Lord, the criminals and the victims, when You come into Your kingdom!