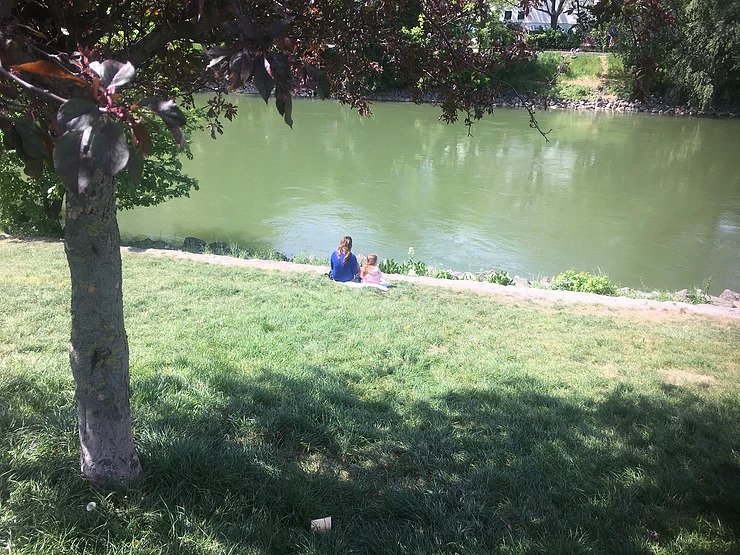 “Now on the first day of the week, very early in the morning, they, and certain other women with them, came to the tomb bringing the spices which they had prepared. But they found the stone rolled away from the tomb. Then they went in and did not find the body of the Lord Jesus. And it happened, as they were greatly perplexed about this, that behold, two men stood by them in shining garments. Then, as they were afraid and bowed their faces to the earth, they said to them, ‘Why do you seek the living among the dead? He is not here, but is risen! Remember how he spoke to you when he was still in Galilee, saying, ‘The Son of Man must be delivered into the hands of sinful men, and be crucified, and the third day rise again.’ And they remembered his words. Then they returned from the tomb and told all these things to the eleven and to all the rest. It was Mary Magdalene, Joanna, Mary the mother of James, and the other women with them, who told these things to the apostles. And their words seemed to them like idle tales, and they did not believe them.” (Lk 24: 1-11)

How lonely these women must have felt on that sunny morning two millennia ago, after all their religious authorities had apparently failed or abandoned them: the Jewish high priest and elders of the council had conspired to have their beloved Teacher executed; the apostles had scattered and left Him in His final hours; and He Himself had breathed His last and died on a cross. They saw that happen.

But as it turns out, Christ is not the kind of High Priest or “religious authority” Who fails or abandons us, ever. Because, as the author of Hebrews writes, Christ “has become a priest, not according to a legal requirement concerning bodily descent but by the power of an indestructible life” (Hebr 7: 16). In the God-Man, we are given a new basis of priesthood, and indeed “a change (μετάθεσις) of priesthood” (Hebr 7: 12), now based on Him, the indestructible Source of Life.

So let me “remember how He spoke,” and continues to speak, “to us,” in His indestructible word and presence among us, if I’ve lost sight of that on this sunny morning. Let me not seek Life “among the dead” human words or voices (either in the blogosphere or in my own head), nor complain with the paralytic at Bethesda that “I have no man” (Jn 5: 7), when He’s looking me right in the face. Today I stay close to His word and to Him, in heartfelt prayer, “for we know that Christ being raised from the dead will never die again” (Rom 6: 9). Glory be to Him.

Christ is risen, dear friends! Please tune in to our daily, weekday “Morning Coffee” audio-podcasts, for some daily inspiration on our journey from Pascha to Pentecost! Join our 500+ faith-inspired subscribers at: patreon.com/sistervassa. Love from Vienna, Sister Vassa