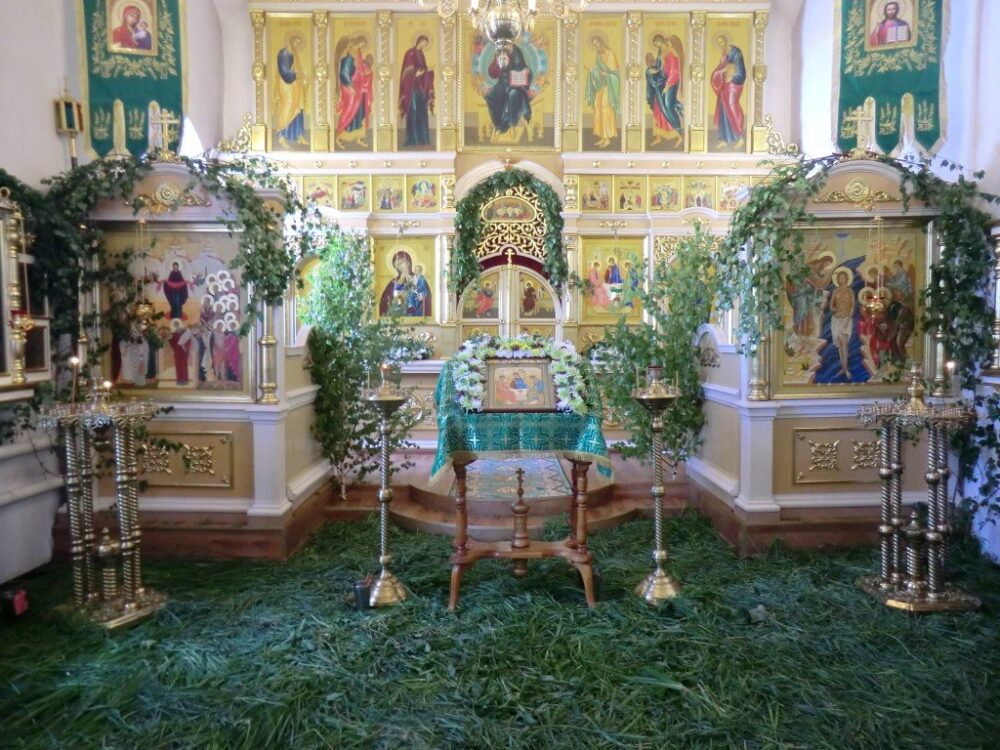 “When the day of Pentecost had come, they were all together in one place. And suddenly a sound came from heaven like the rush of a mighty wind, and it filled all the house where they were sitting. And there appeared to them tongues as of fire, distributed and resting on each one of them. And they were all filled with the Holy Spirit and began to speak in other tongues, as the Spirit gave them utterance. Now there were dwelling in Jerusalem Jews, devout men from every nation under heaven. And at this sound the multitude came together, and they were bewildered, because each one heard them speaking in his own language. And they were amazed and wondered, saying, ‘Are not all these who are speaking Galileans? And how is it that we hear, each of us in his own native language? Parthians and Medes and Elamites and residents of Mesopotamia, Judea and Cappadocia, Pontus and Asia, Phrygia and Pamphylia, Egypt and the parts of Libya belonging to Cyrene, and visitors from Rome, both Jews and proselytes, Cretans and Arabians, we hear them telling in our own tongues the mighty works of God.’ And all were amazed and perplexed, saying to one another, ‘What does this mean?’ But others mocking said, ‘They are filled with new wine.’” (Acts 2: 1-12)

When the Holy Spirit descended upon “all” of Christ’s followers, who “were all together in one place,” He granted them this ability to speak to “all,” in various languages, so that “each one heard them speaking in his own language.” – But it doesn’t mean everyone was willing to listen, because some in the crowd mocked the apostles, saying, “They are filled with new wine.” So the Holy Spirit wasn’t forcing people to listen; He was giving them the opportunity to do so, by speaking their language, but not casting some sort of spell to impose His will on them.

Let me open my heart to the grace of the Holy Spirit, as we prepare to celebrate Pentecost this upcoming Sunday, and choose to be gathered together “in one place,” “in” the name of the Lord. “Treasury of Blessings, and Giver of Life, come and abide in us, and cleanse us from every impurity, and save our souls, O Good One!”