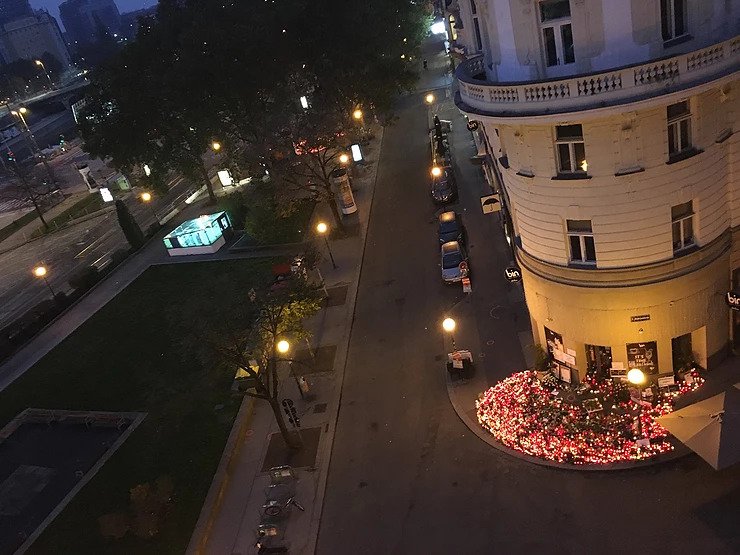 “There were some present at that very time who told him of the Galileans whose blood Pilate had mingled with their sacrifices. And he answered them, ‘Do you think that these Galileans were worse sinners than all the other Galileans, because they suffered thus? I tell you, No; but unless you repent (ἀλλ᾽ἐαν μὴ μετανοῆτε) you will all likewise (ὁμοίως) perish. Or those eighteen upon whom the tower in Siloam fell and killed them, do you think that they were worse offenders than all the others who dwelt in Jerusalem? I tell you, No; but unless you repent you will all likewise (ὡσαύτως) perish.’” (Lk 13: 1-5)

Here our Lord is not using the word “likewise” (ὁμοίως, ὡσαύτως) literally, in the sense that His listeners (all of us) will “perish” in the same exact way that those mentioned here did, who suffered a violent death. What He’s talking about is not the quality, in God’s eyes, of the death of those people. (They may have been ready to die at the moment they did, at peace with God and one another, for all we know). What He’s talking about is, the unpleasantly “unexpected” or “unprepared” quality their death had in the eyes of His listeners, the survivors, at that time. And He is saying, you will all “likewise” suffer an “unexpected” and “unprepared” death, “unless you repent” (ἀλλ᾽ἐαν μὴ μετανοῆτε). That is to say, unless you “change your mind” (μετανοῆτε) or your focus, from what it is now, from your own self-isolation and various idolatries, you will meet the invisible reality that is Me and My kingdom unprepared, and incapable of being “found” there. You will be “perished” there, or “lost,” as those who chose to float about in self-isolation, out of sync with the One Creator, and all of His creation.

So today, as I’m confronted with the sudden and violent deaths of people in my city, who died in the terrorist-attack here in Vienna, let me let God be the judge of the quality of their deaths. God alone knows the quality of their moment, of being called to Him, just as He alone knows the quality of every of my moments, every day, on my cross-carrying journey. As far as I’m concerned, let me re-focus on God, in the simple ways that I can, and as many times as I need to, throughout my day. Let me let God “find” me throughout my day, again and again, that I may not “perish,” that is to say, be “lost,” on my own. “Here I am, Lord,” I say to Him throughout my day, “the one that You love, I am here.”